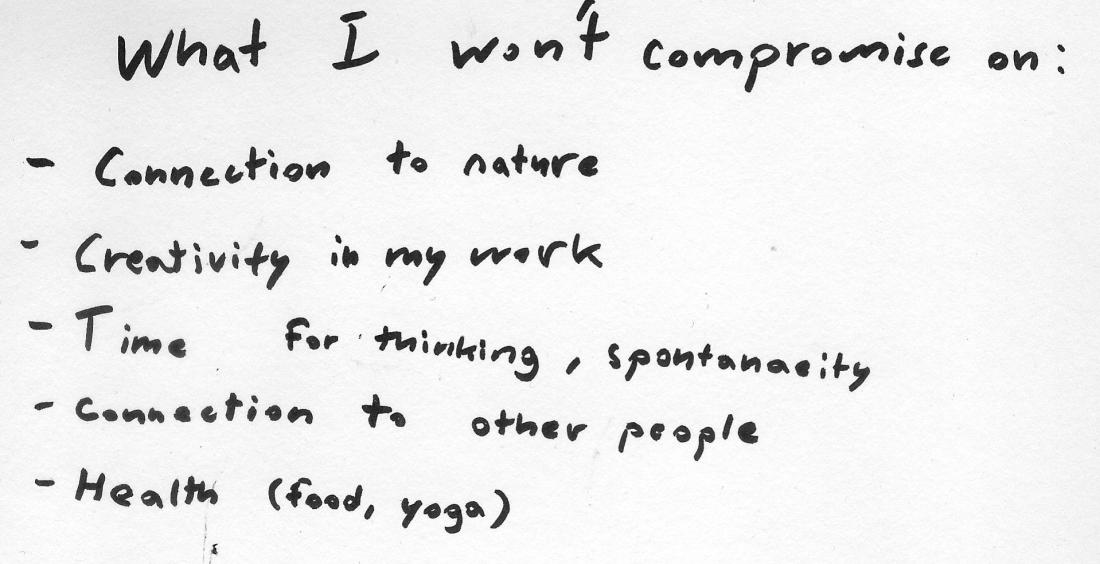 Just a little note to self as I go through my career-life.

I got to meet a lot of pretty miserable rock stars…Because a lot of them maybe set out on a certain trajectory. When they were 17 they had a dream that they wanted to be a rock star on stage and by 25 they did it and they were a rock star and they got famous and at 35 they’re still doing it, because that’s just all they knew or they were on a certain trajectory but it didn’t actually suit them anymore. Or maybe when they got there they realized that this isn’t what they really wanted. Maybe they just wanted fame but they didn’t want to have a boss and they sign a major record label deal and they realize they’ve got a boss.

You need to know why you’re doing what you’re doing otherwise you’re going to go in circles for so long. You don’t want this deathbed regret where you’ve pursued something that someone convinced you that you should want instead of what really works for you and you’re left with this horrible feeling of “What did I spend my life doing?”

Well, you should have asked that earlier.

What do you want? Money, Prestige, Fame, Leaving a legacy, Freedom. Whatever one or two appeals to you most, go for it.

Just know what it is, and don’t diffuse.

I lived in NYC for 10 years, and if you go around you see the word Trump everywhere…I thought: what’s with this guy? Why does he have such a need to put his name on everything? But then I realized that OK, at a certain point, he must have decided that it’s important for him to put his name on things, which means he decided to make less money by doing so, because if he let somebody else put their logo on the building then he could have just been the owner and made more money. But no, he decided to make less money and more legacy.

On the other hand, you can optimize your life for freedom. I really like setting up my life so that I could just disappear or be antisocial and go read books for a month. So I had to set up my life to make myself unnecessary so I was free to go do other things.

Whatever you choose, this is your compass. You need to optimize your activities based on what is important to you.