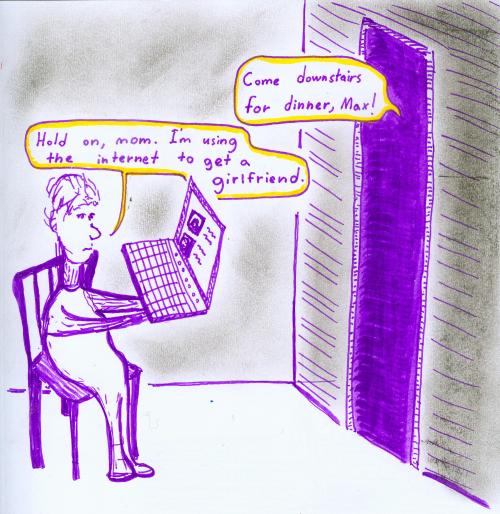 I was watching March of the Penguins and the mating sequence came on – penguins standing in line, approaching each other, then moving on, until finally finding mates. Morgan Freeman’s voice over said: We don’t really know what they’re looking for in a partner. We only know that they are, in fact, looking.

I thought it would be awesome to put footage of people going on dating websites in a split screen with the penguin footage. I don’t have the energy to embark on such a project right now, so please accept this cartoon as a substitute.