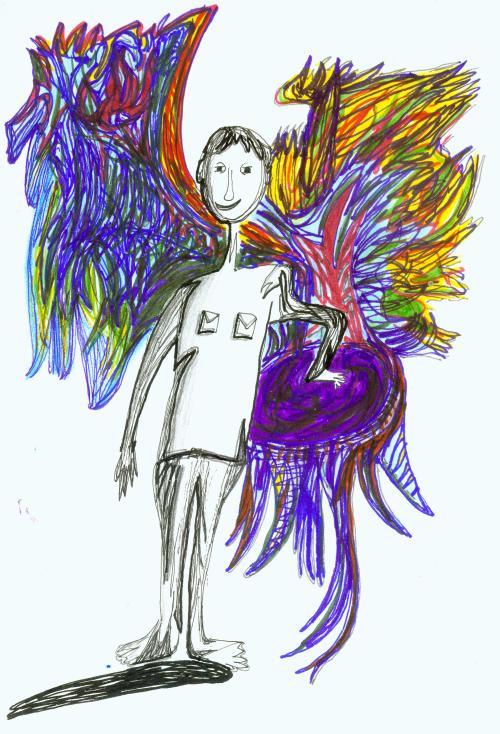 Three snapshots from my life:

I was driving down the road with a few friends I had met on couchsurfing, coming back from a trip to the forest outside San Francisco. We passed a large SUV, and in the window was a blonde-haired woman putting on makeup. Her husband was in the driver seat and the kids were in the back.

Me: What does that mean?

Matt: Marin is where people like that live. 40-year-old housewives with blonde hair and a lot of makeup. Husbands who are well-off. Kids, nice houses, big SUVs.

I was having some food with Tanner, talking about his job in a produce store.

Tanner: The physical work is good, but dealing with people is tough. I used to like people before this job, but now I hate people. I am always listening to people complain about their produce.

I stepped out of a contact improv class taught by Scott, and saw Nancy. I looked at the cool foldable bike that was in the lobby, which belonged to Scott, and I thought about how good of a teacher Scott was.

Me: I love Scott. He’s magical. He’s like an alien from another planet.

I think all people are magical. Maybe we don’t see the magic in them because we have judgments towards them (story 1), or are not catching them in the right moment (story 2). I think we need to take the perspective of wildlife photographers, who stalk an animal for months, waiting patiently for a magical moment to reveal itself.

The doodle is of Scott, with the magic behind him. He’s in his element as a contact improv teacher. The Marin woman and the complaining produce customer probably have magical moments too.

Check out this relevant song from Kimya Dawson. It’s one of my favorite songs.